A court hearing over the future of a piece of Atlanta music history that was scheduled for Thursday has been postponed.

A preservation group is suing the city to stop a developer from continuing to tear down the former music studio at 152 Nassau St. where the first country music hit was recorded nearly a century ago.

The stop-work order issued by a judge earlier this month remains in effect until the hearing takes place.

Movement to save it wins temporary injunction.

This first commercial “on location” recording session outside the permanent music studios in Northern cities gave Okeh the opportunity to find and record Southern talent closer to the source. Most noteworthy, the Nassau Street recording sessions were the first to record what we know today as country music, but significant jazz, blues, and gospel recordings were also made.

keep reading at The Syncopated Times

This is such an Atlanta Story. Some smart guys wanting to make a lot of money sweep right in, announce a grand new business venture causing Atlanta to lose another piece of its history. There’s precedent of the recent kind: Arthur Blank needed land for his new football stadium. Two historic African-American churches, one built in 1895, stood in the way of progress. Money was found, like it seldom is for sidewalks or schools, and the churches were persuaded to move elsewhere. Enter the demolition crews. Make way for another playhouse, one that may stand for at least 25 years, just like the one it replaced. It’s the Atlanta way.

A hearing is set for later this month to determine the future of a historic building in downtown Atlanta.

The former music studio at 152 Nassau St. was the place where the first country hit was recorded in 1923, but it nearly came down last week. Demolition crews toppled the upper portion of an exterior wall before a Fulton County judge ordered them to stop.

The historic building standing at 152 Nassau Street in downtown Atlanta that was days from demolition has received a stay of execution from an Atlanta judge. Considered the true birthplace of country music for the time in 1923 when recording engineer and producer Ralph Peer captured Fiddlin’ John Carson in the space in what became country music’s first big commercial recording, the building has been set for demolition to construct a 23-story Jimmy Buffett’s Margaritaville-themed hotel and restaurant. Last week crews were in the brick building removing wiring and fixtures, and it was believed to be only days or hours away from final demolition.

Demolition crews on Thursday began tearing down the Atlanta building where the first country hit songs were recorded, but they were forced to stop after a Fulton County judge issued a temporary restraining order.

Though part of the back of the building already has been reduced to rubble, the order by Judge Shawn Ellen LaGrua will prevent further demolition until an Aug. 29 court hearing to determine its long-term fate. The building, located downtown on Nassau Street, is at the center of a two-year battle between preservationists and developers.

Atlanta: Get ready to make way for Margaritaville.

Turns out, some Atlanta residents aren’t okay with the new hotel coming to town, and there’s a compelling reason behind their grievances. A brick building at 152 Nassau Street, which once served as the recording studio for Okeh Records, is slated to be demolished as Margaritaville builds its Atlanta resort.

The newest Ken Burns series premiering in September follows the vast and varied evolution of country music over the 20th century. The eight-part series begins not in Nashville, nor Bristol, but Atlanta.

That’s because, in 1923, OKeh Records music pioneer Ralph Peer came from New York to the South and set up a temporary recording studio smack dab in downtown Atlanta at 152 Nassau Street. That’s where he recorded early country, blues, jazz and gospel artists, including what is known as country music’s first hit, “The Little Old Log Cabin in the Lane” by Fiddlin’ John Carson.

listen to the interview at GPB News 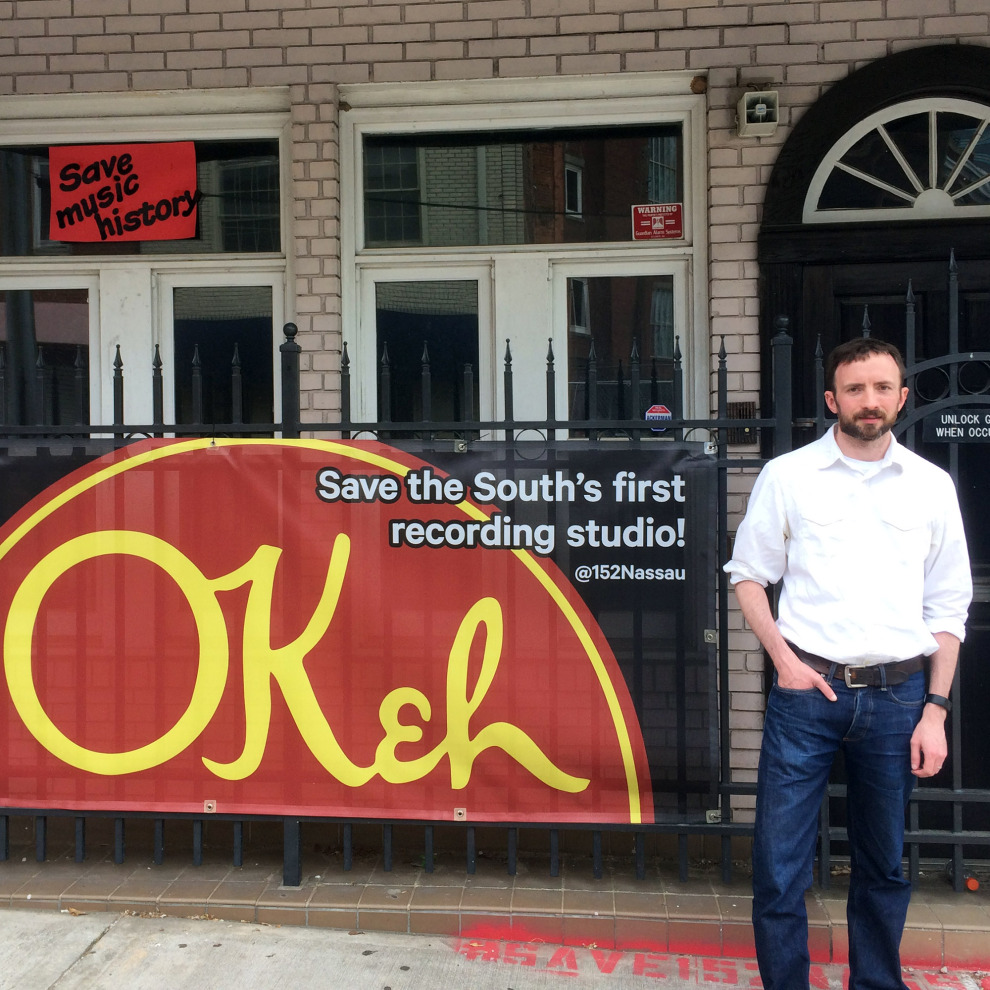 In June of 2017, Kyle Kessler approached Creative Loafing with a story idea: After an extensive research project, Kessler had discovered the location of what was once a temporary recording studio set up by New York-based OKeh Records executive Ralph Peer at 152 Nassau Street.

Sure, new plans in downtown Atlanta for a Parrothead Paradise topped with 200-some “vacation ownership units” might sound a bit tacky and touristy. But our city center can use all the development, foot traffic and eateries it can muster.

This site was created to tell the story of the American music history associated with a building located at 152 Nassau St NW in downtown Atlanta, Georgia that may soon be demolished.